Activity on the Norwegian continental shelf last year remained at a high level, despite the ongoing pandemic. The year has been characterised by high production and significant investments in developments and projects on the fields.

14 discoveries were made, and 4 new fields came on stream. Substantial resources remain in both fields and discoveries, and there is still more to be found in all sea areas.

"While 2020 has been an unusual year in many ways with the pandemic and the decline in oil prices, investments on the Shelf are at the same level as previous years", Director general Ingrid Sølvberg in The Norwegian Petroleum Directorate (NPD) says. 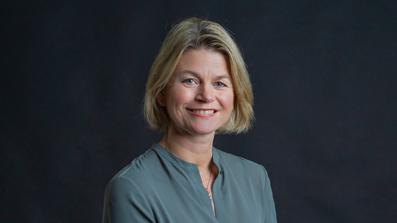 The companies have exhibited great interest in exploring in mature areas, and there were many applicants in the APA round (Awards in Predefined Areas) announced in the autumn. Awards will probably be announced in the near future.

History over the past 20 years has shown that smaller discoveries, with volumes up to 25 million standard cubic metres of oil equivalent (MSm3 o.e.), together contribute to more value creation than the larger discoveries made during the same period.

Unit costs tell us something about profitability. This is the cost per barrel, and it includes all costs associated with exploration, development and operation.

According to the NPD’s calculations, the average unit cost in the period from 2010-2019 was USD 21 per barrel, while the average oil price during the same period was nearly USD 80 per barrel. This difference underlines the vast values generated during the period.

Record number of fields in operation

There were 90 producing fields on the Norwegian shelf at year-end. Four fields came on stream last year – Tor, Skogul, Ærfugl and Dvalin. All four utilise existing infrastructure in mature parts of the Shelf.

These are the types of field developments we will see even more of in the future. Therefore, it is essential that the infrastructure is maintained and made available for phase-in of additional resources.

As expected, oil production was higher in 2020 than the previous year. Production from the Johan Sverdrup field is the most important reason for this.

Production in 2020 was somewhat lower than the NPD expected due to the production regulation introduced last summer, project postponements, as well as the shutdown on Snøhvit and the market situation for gas.

Gas accounts for just over half of petroleum production. This production has held steady at a high level for many years, and this will continue for the next eight to ten years.

One of the largest IOR projects on the Norwegian shelf in recent years, Snorre redevelopment, came on stream in 2020.

Recovery from the field will increase by more than 31 million Sm3 o.e. (195 million barrels) of oil. This represents an increase in reserves of around ten per cent, or volumes equivalent to one Goliat field. ​ With this, the recovery rate on Snorre will rise from 46 to more than 51 per cent.

Drilling development wells is an important measure to maintain and extend production on the fields. We are currently in a period with historically high levels of drilling activity. The number of development wells has varied between 150–200 in recent years.

Petroleum production will increase in the years to come, while at the same time, emissions have started to decline. One important reason for this is the expectation of increasing use of power from shore.

Given the current approved plans, CO₂ emissions will be around 3.2 million tonnes lower per year in 2023 than would otherwise have been the case. Additional projects are also being planned.

If these projects are approved, the avoided emissions could increase to around 4.9 million tonnes of CO₂ per year. This accounts for close to 40 per cent of total emissions from the petroleum industry in 2019.

Capture and storage of CO2 is another important measure for reducing emissions. Northern Lights is part of the first Norwegian full-scale project to capture, transport and store CO2. CO2 captured from industrial plants on land will be transported and stored in a reservoir at a depth of around 2,700 metres near the Troll field.

"Declining emissions from production and great capacity for storing CO2 could give the Norwegian shelf an important role on the path toward the low-emission society", Sølvberg says.

In 2020, investments amounted to around 150 billion kroner (not including exploration). This is an increase of a bit more than two per cent, compared with 2019.

The expected investment level for the next five-year period is higher than the NPD’s estimate one year ago. There are more projects under way on operating fields, and the temporary tax adjustment adopted by the Storting (Norwegian Parliament) in June of last year contributes to the increased investments.

The NPD expects to receive a high number of new plans for development and operation (PDOs) over the course of 2021 and 2022.

The temporary changes in petroleum taxation help accelerate development plans for some projects.

The NPD wants to ensure that the high level of activity does not come at the expense of a long-term perspective and value creation, the Director general says.

More than half of the resources remain

"Our estimates indicate that there is enough oil and gas on the Shelf for the petroleum industry to create value for a long time to come", Sølvberg says. ​

The Government has initiated an opening process for mineral activity on the Shelf. The NPD will take part in the impact assessment and with resource assessments.

Last year, the NPD completed an expedition which included securing core samples at water depths of more than 3,000 metres. The results from the analysis of the core samples will be available during the first half of 2021. This will be important for our resource assessments. A new expedition is planned for later this year.

There are still significant undiscovered resources on the Norwegian shelf, and many developments and projects are under way on the fields.

The Shelf has also become more relevant for additional sectors, and our government administration must ensure that there is room for these industries. Increased and profitable activity from additional marine industries requires sound management of the shelf acreage. ​

"In the Norwegian Petroleum Directorate, we are prepared to do our part of the job in contributing to the greatest possible values for society.  Cooperation will be important for continued long-term, high socio-economic value creation, both from the petroleum resources on the Shelf and from a united Norwegian energy sector", Sølvberg says.