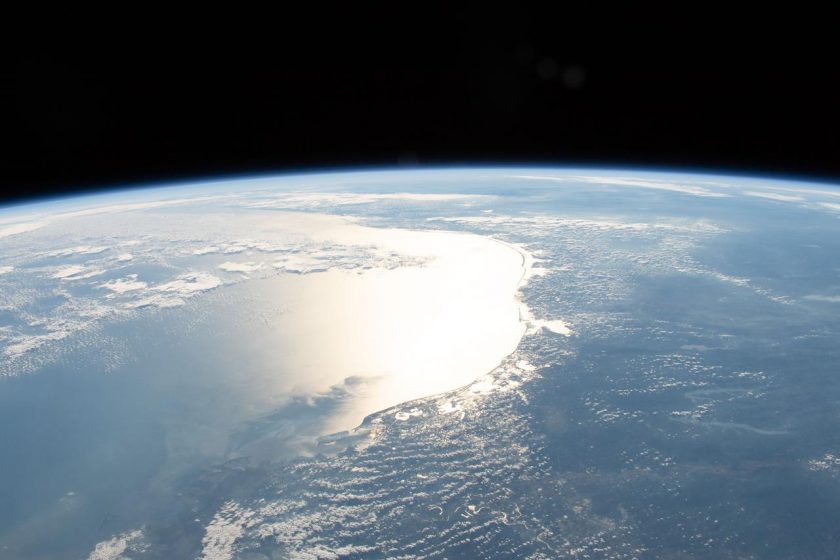 The Sun lights up the Texas and Louisiana coast. According to researchers at the University of Texas Institute for Geophysics, the unique geology of the Gulf of Mexico has helped contribute to its success as an oil and gas producing ‘super basin’. Credit: NASA

The Gulf of Mexico holds huge untapped offshore oil deposits that could help power the U.S. for decades.

The energy super basin’s longevity, whose giant offshore fields have reliably supplied consumers with oil and gas since the 1960s, is the result of a remarkable geologic past – a story that began 200 million years ago among the fragments of Pangea, when a narrow, shallow seaway grew into an ocean basin, while around it mountains rose then eroded away.

The processes that shaped the basin also deposited and preserved vast reserves of oil and gas, of which only a fraction has been extracted. Much of the remaining oil lies buried beneath ancient salt layers, just recently illuminated by modern seismic imaging. That’s the assessment of researchers at The University of Texas at Austin, who reviewed decades of geological research and current production figures in an effort to understand the secret behind the basin’s success.

Because of its geological history, the Gulf of Mexico remains one of the richest petroleum basins in the world. Despite 60 years of continuous exploration and development, the basin’s ability to continue delivering new hydrocarbon reserves means it will remain a significant energy and economic resource for Texas and the nation for years to come, said lead author John Snedden, a senior research scientist at the University of Texas Institute for Geophysics (UTIG).

“When we looked at the geologic elements that power a super basin – its reservoirs, source rocks, seals and traps – it turns out that in the Gulf of Mexico, many of those are pretty unique,” he said.

The research was featured in a December 2020 special volume of the American Association of Petroleum Geologists Bulletin focused on the world’s super basins: a small number of prolific basins that supply the bulk of the world’s oil and gas.

According to the paper, the geologic elements that have made the Gulf of Mexico such a formidable petroleum resource include a steady supply of fine- and coarse-grained sediments, and salt: thick layers of it buried in the Earth, marking a time long ago when much of the ancient sea in the basin evaporated.

Geologically, salt is important because it can radically alter how petroleum basins evolve. Compared to other sedimentary rocks, it migrates easily through the Earth, creating space for oil and gas to collect. It helps moderate heat and keeps hydrocarbon sources viable longer and deeper. And it is a tightly packed mineral that seals oil and gas in large columns, setting up giant fields.

“The Gulf of Mexico has a thick salt canopy that blankets large portions of the basin and prevented us for many years from actually seeing what lies beneath,” Snedden said. “What has kept things progressing is industry’s improved ability to see below the salt.” 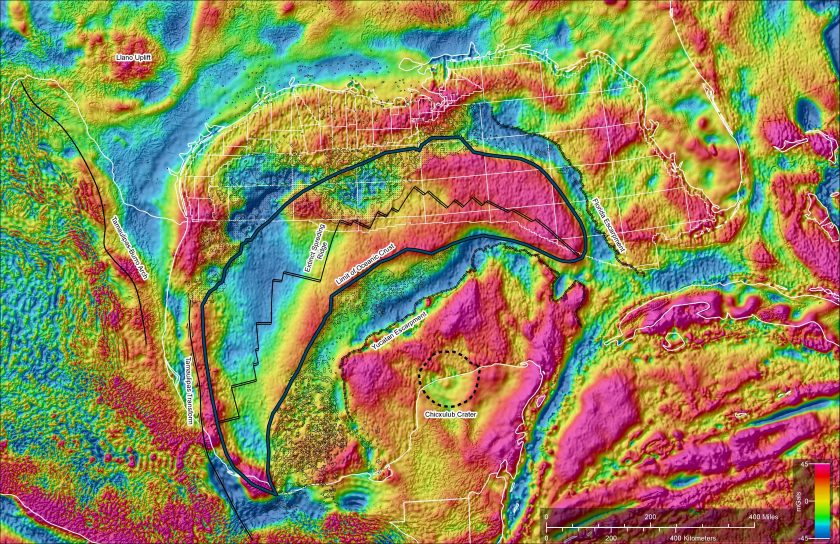 A map of the Gulf of Mexico region colored to show minute changes in gravity caused by different rock types — areas of strongest gravity are in purple, and weakest in blue. Knowing where rock types are clustered can tell geologists about the structure and evolution of the Earth. The map was compiled using published, publicly available data by researchers at The University of Texas at Austin, whose research has helped trace the geology behind the success of the Gulf of Mexico’s oil and gas reserves. Credit: Ian Norton/UTIG

According to the paper, the bulk of the northern offshore basin’s potential remains in giant, deepwater oil fields beneath the salt blanket. Although reaching them is expensive and enormously challenging, Snedden believes they represent the best future for fossil fuel energy. That’s because the offshore — where many of the giant fields are located — offers industry a way of supplying the world’s energy with fewer wells, which means less energy expended per barrel of oil produced.

Snedden said there is still much to learn about hydrocarbons beneath the Gulf of Mexico, how they got there and how they can be safely accessed. This is especially true in the southern Gulf of Mexico, which was closed to international exploration until 2014. One of the few publicly available datasets was a series of UTIG seismic surveys conducted in the 1970s. Now, a wealth of prospects is emerging from new seismic imaging of the southern basin’s deepwater region.

“When you look at recent U.S. oil and gas lease sales, Mexico’s five-year plan, and the relatively small carbon footprint of the offshore oil and gas industry, I think it’s clear that offshore drilling has an important future in the Gulf of Mexico,” Snedden said.

Snedden’s research was conducted within UTIG for the Gulf Basin Depositional Synthesis project (which he directs). The project has been continuously funded by an industry consortium since 1995. UTIG is a unit of the Jackson School of Geosciences.

University of Texas
< Previous Next >