Supercomputers are nothing new to the energy sector. They are used to process seismic data for locating oil and gas, to optimise refinery runs, to analyse atmospheric circulation impacts on individual turbines in wind farms, analyse traffic patterns and fuel usage, or to identify reductions in carbon emissions at ageing power plants, to name just a few. Some energy companies even boast of having more computing power than the US military. But supercomputers are just one example of how technology can change the world of energy. There are many others. In Mexico, as we enter a new normal, what other technologies and know-how could give a big boost to its energy sector?

Stability of the electric grid. Recent blackouts and power shortages in both Mexico and nearby states in the USA have highlighted how fragile the power transmission network and power supply has become. Lack of investment in new technologies, such as battery storage, and failure to build more re-routing networks to create greater resilience, is clear. This situation is compounded by a reliance on imported US natural gas combined with a lack of investment in Mexico’s own gas resources. The situation is not helped by the continued wastage by flaring of ~500 million cubic feet per day associated gas production at Mexico’s oilfields; this flaring used to be >1 billion cubic feet per day when oil production was much higher in the past. Also, Mexico has vast shale gas resources, sitting undeveloped, and much closer to markets than imported US natural gas. The skills, equipment and technologies for shale gas sit within kilometres of Mexico’s border in Texas but are yet to be brought across and used for Mexico’s benefit.

Natural gas storage. The technology and know-how for natural gas storage remains quite basic, usually making use of old depleted gas fields or purpose-made subsurface salt caverns for storage. The technologies and know-how have existed for over 50 years, much of it first developed along the US Gulf Coast. In Mexico, suitable subsurface geological conditions are well known to exist but not utilised. Instead, Mexico principally relies on flexibility within the natural gas supply network coming from USA; the US in effect manages the storage for gas supplied to Mexico. It is all OK until the US has supply problems of its own to deal with. In addition, there is some ‘line-pack’ storage within Mexico, a technique that increases the pressure (and hence compressed volumes) within pipelines. However, line-pack is more suited to managing day-night variations in gas demand and is clearly not enough to cope with interruption of supplies.

Offshore wind power. Both wind and solar power have made giant strides as viable energy sources in recent years with technology and manufacturing breakthroughs, scaling-up of projects, and improved operating efficiencies. The commercial development of offshore wind has accelerated globally as oil & gas companies and service supply companies leverage their capabilities, knowledge and technology. An array of giant offshore wind projects is now moving forward around the world, for example offshore China, Denmark, Germany, India, South Korea, UK, USA & Vietnam. There are vast wind resources offshore Mexico, all-around its shorelines, both in the Pacific and the Gulf of Mexico. Mexico has step forward if it is to seize this vast opportunity.

Green hydrogen fuel. This type of hydrogen which creates no carbon emissions offers a route into a deep decarbonisation of energy supplies. Green hydrogen can be used for power generation supporting widespread electrification, as well as a clean transport fuel. The technology to build large electrolysers and combine this with renewable energy sources such as solar or hydro is advancing rapidly. There needs to be plentiful low-cost renewable electricity, and Mexico has that, with enormous solar, wind, hydro and geothermal resources. Availability of large electrolysers is currently limiting developments globally. There is no reason these cannot be manufactured in Mexico. An additional possibility is to add some green hydrogen into natural gas being used for power generation. Technology improvements can help improve the safe transport and storage of hydrogen which is highly flammable. The low density of hydrogen does not help. Even so, there is tremendous investment flowing into green hydrogen globally and this indicates the technology will advance and costs become competitive with other fuels. Mexico has an opportunity to step up and be a leader in green hydrogen.

After the pandemic has faded away, Mexico has great opportunities to build back better. It is a chance to step forward. Technology does not have to be all bright or shiny, or have beautiful designs and cool devices that you can talk to; it is about finding techniques, skills, methods, and processes, and having sound research and science to build better ways of doing things. 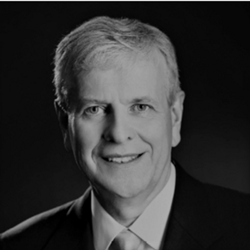 Mr. Chris Sladen runs an advisory service offering insights to inform, shape a decision, and guide the next steps for energy ventures. Chris has a unique global experience having worked in the energy sector of over 40 countries. This is underpinned by extensive knowledge of petroleum systems and where best to find oil and gas, notably in the Gulf of Mexico & nearby areas, and NE & SE Asia, as well as the development of midstream, downstream & renewables investments in many emerging economies. Chris has extensive experience acquired on the Boards of companies, subsidiaries, business chambers & organisations. Chris has a career of over 40 years in the energy sector, living in Mexico (2001-2018), Russia, Vietnam, Mongolia, China & UK.