The Contract is for VEB’s jack-up rig, namely NAGA 4, with an estimated contract value of USD17.68 million. 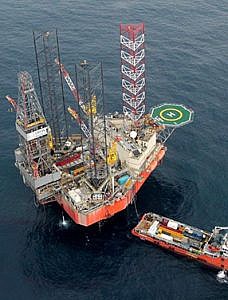 The VEB Group will assign its NAGA 4 for this Contract. The Contract is to drill seven firm wells with expected commencement date between 15 August 2021 to 15 October 2021.

NAGA 4 is a premium independent-leg cantilever jack-up drilling rig that has a drilling depth capability of 30,000 feet and has a rated operating water depth of 400 feet.