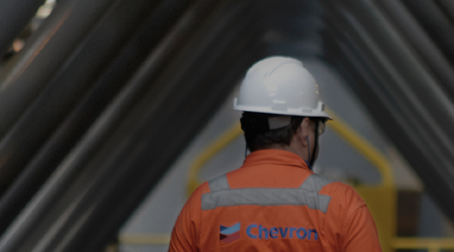 “Earnings strengthened primarily due to higher oil prices as the economy recovers,” said Mike Wirth, Chevron’s chairman and chief executive officer. “Results were down from a year ago due in part to ongoing downstream margin and volume effects resulting from the pandemic and the impacts of winter storm Uri.”

“We maintained capital discipline with capital spending down 43 percent from last year,” Wirth added. “We realized cost efficiencies from last year’s restructuring and the integration of Noble Energy.” As a result, free cash flow excluding working capital was $3.4 billion in the first quarter 2021, and the Board approved a 4 percent dividend increase that was announced earlier this week.

Additionally, the company announced an agreement to acquire all the publicly held common units representing limited partner interests in Noble Midstream Partners LP not already owned by Chevron and its affiliates in exchange for shares of common stock in Chevron. This transaction is expected to close in the second quarter 2021.

Worldwide net oil-equivalent production was 3.12 million barrels per day in first quarter 2021, a decrease of 4 percent from a year ago.

International Upstream
International upstream operations earned $1.41 billion in first quarter 2021, compared with $2.68 billion a year ago. The decrease in earnings was primarily due to lower sales volumes, the absence of a 2020 gain on the sale of Philippine assets, lower trading results, lower natural gas realizations and lower tax items. These decreases were partly offset by higher crude oil realizations. Foreign currency effects had an unfavorable impact on earnings of $520 million between periods.