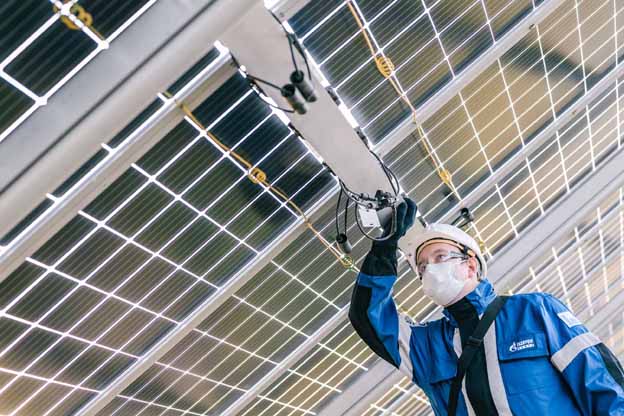 Gazprom Neft has joined the Russia Renewable Energy Association (RREDA). The RREDA brings together generation companies, renewable energy project developers, equipment manufacturers and suppliers, R&D centres and financial institutions in developing the use of renewable energy sources (RES) and promoting investment in this area. Gazprom Neft will be represented on the RREDA by its Gazpromneft-Energoservice subsidiary.

Gazprom Neft has been consistently developing RES projects throughout its various enterprises in recent years, including building a 1 MW solar-powered electricity station at its Omsk Refinery in 2019, generation from which more than covers energy consumption by the plant’s administrative building. Plans to increase capacity to 20 MW are currently under consideration. Solar-power cells are also being used at the company’s filling stations.

Vladimir Andreev Head of Energy Department, Downstream Division, Gazprom Neft, commented:
“The company’s asset development programme places considerable attention on renewable energy. We have accumulated considerable experience not just in utilising modern energy infrastructure at continuous-production plants, but also in designing and building new facilities. Working with the RREDA will allow us to make our own contribution to developing this industry in Russia, as well as being part of key trends in the context of the ‘green’ transformation of the energy sector, worldwide.”

Andrey Zhikharev Director, RREDA, added:
“Gazprom Neft - one of the country’s leading oil companies - joining the RREDA is a major event for the entire industry. We are confident that our colleagues’ active involvement in the work of the RREDA will give new impetus to our ongoing work in developing renewable energy in the Russian Federation.”