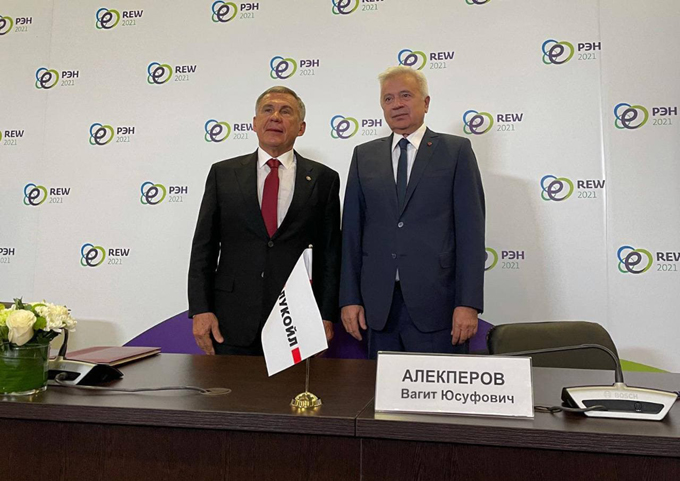 The agreement aims at increasing the efficiency of Tatarstan fuel and energy complex, improving investment environment in the region, expanding its mineral resources base, promoting stability and environmental improvement.

LUKOIL, as ever, puts a premium on the social development of the region. Under the previous cooperation agreement, concluded by the Company and Tatarstan government in June 2010, LUKOIL took an active part in the revival and development of the region's spiritual culture, as well as restoration of world-famous relics. The Company supported orphanages and performance groups, payed attention to the development of sports and social infrastructure. The Sarsak-Omga autoroute was reconstructed and the road system was constructed in Bolshaya Shilna village of Tukayevsky municipality.

​Since 2010, under the aegis of the republic's president Rustam Minnikhanov, Tatarstan has been one of the regions where the annual LUKOIL Social and Culture Projects Competition takes place. Over the years, over 7.5 thousand applications were submitted, out of which over 1.5 thousands became winners.