In extension of its commitment to participating in Phase 2 of the Greensand offshore carbon storage project, Maersk Drilling has entered a framework agreement with the Nini Joint Venture, operated by INEOS Oil & Gas Denmark and Wintershall Dea, covering the supply of drilling rigs for the project offshore Denmark. The agreement confirms Maersk Drilling as the preferred contractor with a right to all drilling rig work involved in Project Greensand on market-rate terms until the end of 2027. The agreement is subject to the project obtaining the necessary funding and final investment decision. 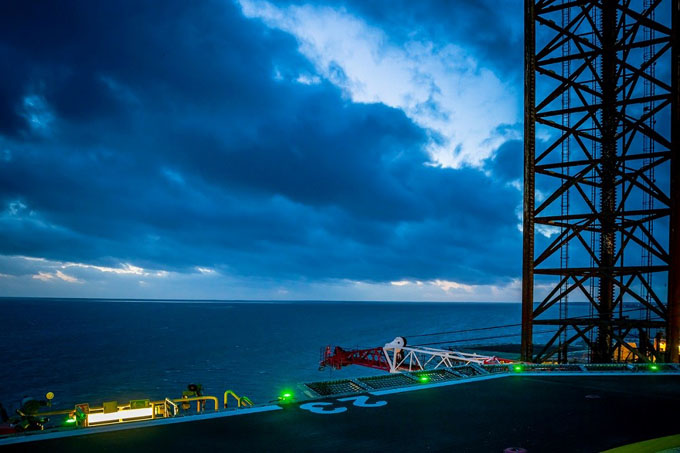 Project Greensand is the most mature carbon capture and storage project inside Danish jurisdiction and targets the development of capacity to permanently store up to 8 million tonnes CO2 per year from 2030, thereby potentially accounting for all the CO2 storage proposed in the Danish Climate Program as presented by the Danish government in 2020. The CO2 will be captured onshore and transported to sea to be injected into discontinued oil and gas reservoirs beneath the Danish North Sea.

In Greensand Phase 1, the four initial consortium partners including Maersk Drilling demonstrated the conceptual feasibility of developing an offshore CO2 storage site at the Nini West field. This assessment was independently certified by the DNV classification society. Following the successful completion of Phase 1, Greensand Phase 2 was announced in August 2021, now involving an expanded consortium of 29 companies, research institutes and universities that represent all parts of the prospective carbon capture and storage value chain.

During Phase 2, the project will enter the pilot phase where the first on-site injection test is expected to commence offshore in the end of 2022, if the necessary aid for the execution of the pilot is granted via Denmark’s Energy Technology Development and Demonstration Program. The goal is to have the first fully operational injection wells with an annual injection capacity of 0.5-1.5 million tonnes CO2 ready in 2025, pending the final investment decision and regulatory implementation of the agreements outlined in the December 2020 Danish North Sea Agreement. Maersk Drilling will contribute knowhow, manpower and a cash investment to Greensand Phase 2, as well as supplying a drilling rig to assist with the pilot test.

“We’re thrilled to see Greensand move into Phase 2 where we will be headed out to sea to test the concept in practice. We now have confirmation that the Danish North Sea is very well suited for permanent CO2 storage due to its geological structure and reservoir properties, and we believe that a highly interesting carbon management market is in the early stages of development with activities in many offshore regions. There are obviously still technological, financial and regulatory hurdles to overcome, but carbon capture and storage has a clear potential to effectively deliver significant positive impact for the climate, and Maersk Drilling’s competencies and capabilities are a very good match for this,” says Marika Reis, Chief Innovation Officer, Maersk Drilling.

“We’re looking forward to commencing our first-ever carbon storage related operations in Danish waters as part of our commitment to continue contributing to Project Greensand throughout its next phases. This will be an exciting new challenge for our highly skilled crews and will provide an opportunity to utilise our rigs for different purposes while adding new capabilities to our portfolio. The North Sea holds the potential to become an important center for carbon capture and storage,” says Claus Bachmann, Head of North Sea Division, Maersk Drilling.