Exploration and production of oil and gas from the North Sea is still needed if the UK is to meet its energy needs, while ensuring a successful energy transition to net zero, the Chairman of the Oil and Gas Authority, Tim Eggar, has said today. 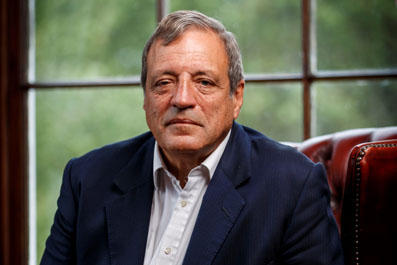 Speaking to delegates at the combined PROSPEX and PETEX conference in London, Mr Eggar said:
“Oil and gas currently provide around three quarters of total UK energy consumption. All forecasts, including the independent Climate Change Committee - point to them being required for heat, power and transportation for the foreseeable future.

“If we need to be reminded of their importance to daily life, we only have to look back a matter of weeks, when we saw long queues at petrol stations and a gas crisis which brought the prospect of higher gas bills for millions of consumers. Security of supply is back in vogue – not before time.

“Our own analyses show domestic gas production has less than half the carbon footprint of imported LNG. In fact, we can produce gas with a lower carbon footprint than almost all other producing countries. So it really makes no sense to be more reliant than we need to be on imports – particularly from countries with less to no commitment to reducing their emissions.”

With industry’s commitment in the North Sea Transition Deal to half emissions by 2030 and be a fully net zero basin by 2050, Mr Eggar told delegates that industry must do much more to ensure it lowers its carbon footprint and exceed these targets: “Industry’s social licence to operate is barely holding. Failure to deliver the transition deal is not an option….These emissions targets should be viewed as the absolute minimum. Industry should look to smash these targets, not just meet them..”

He explained that the OGA would continue to “hold industry to account on their side of the bargain by very closely tracking, monitoring and reporting on progress.”

He finished by outlining what he described as a bright future for the highly skilled geosciences community, who would be needed to help ramp up vital carbon capture and storage solutions to scale.

He stated:
“We’re blessed with world class CO2 storage potential here in the UK. This is our chance to be world leading…There is a tremendous opportunity to meet not just the UK’s requirements for carbon removal, but to support the storage of carbon dioxide from the rest of Europe. The success of CCS is going to depend on you – people who understand the rocks, understand the infrastructure, understand the risks and opportunities.”