Through its joint venture with Amarenco, TotalEnergies tops the rankings once again in the CRE 4 call for tenders(1), strengthening its position as the market leader in rooftop solar installations in France. In round 13 of the call for tenders issued by the French Energy Regulatory Commission (CRE), the joint venture has won 194 projects, representing a total of nearly 58 MW or 20% of the capacity awarded.

TotalEnergies has won more than 250 MW of solar projects in total across all 13 rounds of the CRE 4 “rooftop solar” call for tenders initiated in 2017.

“Since 2017, TotalEnergies, together with Amarenco, has won over 700 solar projects on buildings in France. This unique performance in a fast-growing market confirms our position as the leader in photovoltaic roofing,” says Thierry Muller, CEO of TotalEnergies Renewables France. “By winning this new tender, we are one step closer to our goal of reaching 4 GW of renewable generation capacity in France by 2025. TotalEnergies is thus confirming its commitment to being a major player in the development of renewables in the country.” 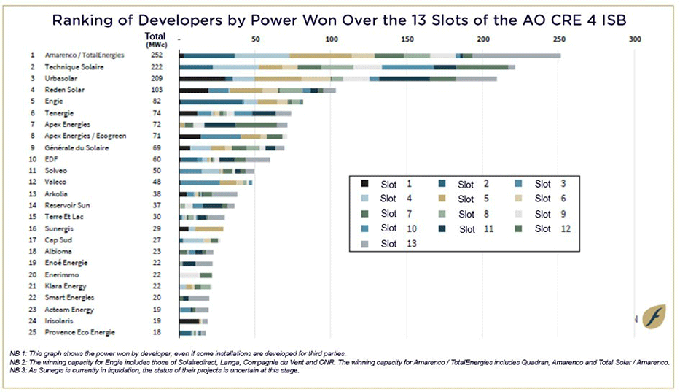