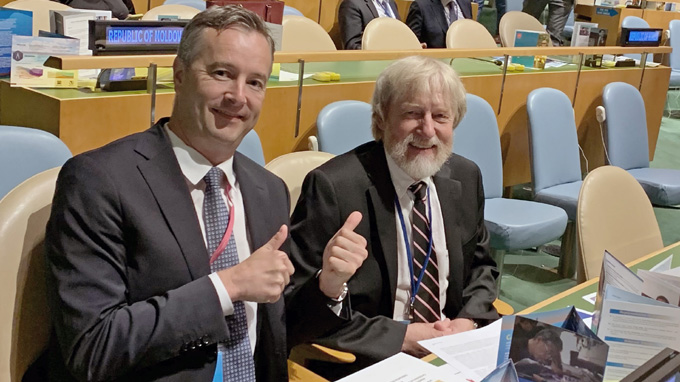 Senior geologist Harald Brekke has been elected to the Commission on the Limits of the Continental Shelf (CLCS).

The election took place at the United Nations’ New York headquarters on 15 June. Brekke received 112 votes, the third highest number of votes in his group after Portugal and Canada.

The Commission has 21 members, and is a vital part of the process of finally determining the limits (borders) of the coastal nations’ continental shelf outside of 200 nautical miles.

“We are very pleased that Harald was elected once again to the Commission. It is also a recognition of the Norwegian Petroleum Directorate and our expertise. I am very proud of this,” says acting Director General Torgeir Stordal.