Union Jack Oil, a UK focused onshore hydrocarbon production, development and exploration company, has announced that material landmark net revenues of US$10,000,000 have been achieved from the Wressle hydrocarbon development, located within licences PEDL180 and PEDL182 in North Lincolnshire on the western margin of the Humber Basin.

Union Jack holds a 40% economic interest in this development.

In addition, the Company has exercised 4,000,000 warrants at 2.5p each to subscribe for 4,000,000 ordinary shares in Egdon Resources. Following the exercise, the Company’s holding in Egdon is 17,000,000 ordinary shares, representing 3.13% of the issued share capital of Egdon. Union Jack’s total shareholding in Egdon is valued at approximately £909,500 as at close of business on 3 October 2022. Egdon is the operator of the Wressle development and holds a 30% economic interest. 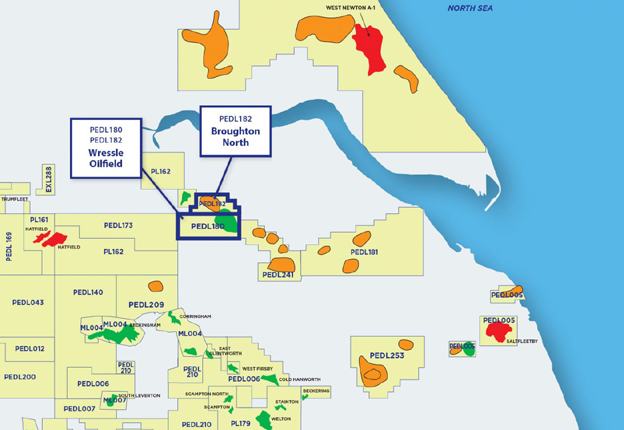 Executive Chairman of Union Jack, David Bramhill, commented:
"The revenues of in-excess of US$10,000,000 from the Wressle development continue to bolster the Company’s Balance Sheet.

"Since the last production update, another impressive production performance from the Wressle-1 well has been recorded, this encouraging performance continues and the outlook remains positive.

"Cash balances continue to expand month-on-month, and we are funded for G&A, OPEX and contracted or planned CAPEX costs, including any drilling activities for at least the next 12 months."