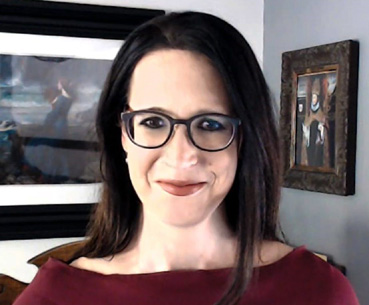 Back in October, the Government put in place energy subsidies for households and businesses, designed to protect them from the impact of high energy prices. For households, the intention was to reduce the number of people that would be forced into fuel poverty by prices that would have been multiples of the prices seen last winter, and for businesses, it was to reduce the number of business closures and the inflationary impact of high energy costs.

Given the short amount of time available for the implementation of these schemes, they were broadly universal in nature with most households and businesses qualifying for some level of support. Inevitably that made the schemes extremely expensive for the Treasury which has been funding the cost through a combination of higher taxes (such as the windfall taxes on excess energy profits) and increased borrowing, which will have to be repaid eventually by taxpayers.

Energy Price Guarantee subsidy reduced but prices may be lower

The Energy Price Guarantee (“EPG”) for domestic consumers has capped their bills at an equivalent of £2,500 /year for a dual fuel customer with a typical consumption level (the cap is applied to the unit rates of gas and electricity so using more, as with the price cap, means that the bill will be higher). This cap expires on 31 March when it will be replaced with a new support level at £3,000 /year on average. The Guarantee will continue to be universal, meaning that it will not be means tested in any way.

However, recent drops in wholesale gas and electricity prices could see the price cap fall below the EPG later this year, according to new forecasts from Cornwall Insight, limiting the impact of the reduced subsidy on households. Unfortunately, these levels are still unaffordable for many. Several market participants have warned in recent weeks that energy prices are unlikely to fall back to the levels seen before the rises of September 2021, saying that energy will remain expensive due to the costs of the energy transition.

“Estimates show that the energy crisis had pushed over 6.7 million UK households into fuel poverty, up from 4 million in October 2021. In April 2023, as the Energy Price Guarantee rises to £3,000/year for the typical household and the Energy Bills Support Scheme drops away, this will rise to 8.4m fuel poor households across the UK,”
– National Energy Action, Age UK, Scope, Fair by Design, and Energy Action Scotland

This is leading to growing calls for the introduction of a social energy tariff to replace the price cap and direct more support to those in fuel poverty. Last week a group of 95 charities wrote to the Chancellor raising concerns about energy prices and asking the Government to consider a social tariff, funded by taxation or through the bills of those who are more easily able to afford higher prices:

“…we urge your department to consider…a targeted support mechanism in the form of a social tariff for the energy market – a discounted, targeted tariff aimed at those in greatest need to ensure they are able to live in their homes comfortably. We urge you to consider a progressive funding mechanism which ensures those missing out on the social tariff do not have to bear its costs,”
– National Energy Action, Age UK, Scope, Fair by Design, and Energy Action Scotland

The Treasury has indicated that it is working with industry and consumer groups on measures to support consumers, including the possibility of a social tariff, but that no decisions have yet been made.

Energy Bill Relief for businesses is scaled back

The current Energy Bill Relief Scheme which will remain in place until 31 March provides a discount on wholesale gas and electricity prices for all non-domestic consumers, including public sector organisations, voluntary sector organisations such as charities, as well as businesses. This will now be replaced by a new scheme for a further 12 months which will have a cost cap set at £5.5 billion based on estimated volumes, compared with the £18 billion cost of providing support through Winter 2022/23.

“The extension to the scheme will provide respite for many firms at the start of the year and help them plan ahead for the next 12 months with more certainty. It’s unrealistic to think the scheme could stay affordable in its current form, but some firms will undoubtedly still find the going hard…Heavy energy users and those exposed to global trade are among some of the most impacted in the current crisis, so the additional support for these firms is a particularly welcome step,”
– Tom Thackray, director for decarbonisation policy at the CBI

This new scheme will be available to entities on a non-domestic contract including who are:

As with the current scheme, the Government will provide a discount on gas and electricity unit prices, subject to a maximum discount. A relative discount will be applied if wholesale prices are above a certain price threshold. For most non-domestic energy users these maximum discounts have been set at:

Energy and Trade Intensive Industries (“ETIIs”) who are particularly vulnerable to higher energy costs and who may find it difficult to compete with businesses elsewhere facing lower energy costs will receive a higher level of support, also subject to a maximum discount which for these sectors will be:

As with the original scheme, suppliers will automatically include reductions to the bills of all eligible non-domestic customers, however ETII customers will have to apply for the higher level of support. The Government will then compensate suppliers for the discount they are passing on to these customers.

Although wholesale pries have fallen recently, they have ticked up again in the past few days with the colder weather. As I said in my previous post, I think it is still too early to be confident of lower prices next winter – the price cap may well out-turn higher than the EPG, and after more than a year of high bills, consumers could find the subsidised level even harder to afford. Life will also continue to be difficult for businesses, however the cost of subsidising energy is very expensive and at some point the bill will fall due.