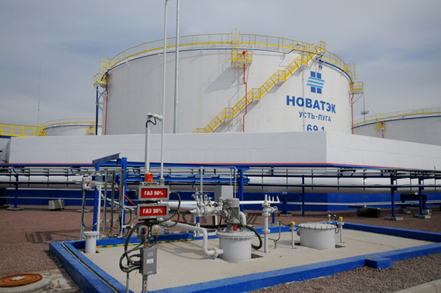 PAO NOVATEK today released its consolidated interim condensed financial statements as of and for the three and six months ended 30 June 2020 prepared in accordance with International Financial Reporting Standards (“IFRS”).

The spread of the COVID-19 virus in 2020 and the mandated shutdowns by many governments have caused financial and economic stress to the global markets. This negative economic impact has lowered demand for crude oil, natural gas and oil products, which combined with the increase in the supply of crude oil due to the cancellation of the OPEC+ production agreement in the first quarter 2020, resulted in a decline in global hydrocarbon commodity prices.

Global economic activity has begun a gradual recovery during the second quarter following the partial removals of restrictions aimed at preventing the epidemic spread, as well as a partial recovery in benchmark crude oil prices following the new OPEC+ production agreement reached and the compliance to the target cuts. Nevertheless, hydrocarbon benchmark prices remain much lower than their pre-crisis levels. In addition, the ongoing volatility in hydrocarbon commodity benchmark prices significantly influences the dynamics of the Russian rouble relative to foreign currencies. As a result, in each quarter 2020, we recognized substantial foreign exchange effects on foreign currency denominated loans by the Group’s subsidiaries and joint ventures.

These exogenous events are outside of the Group’s management control, and their scale and duration are difficult to assess. Despite the economic instability on the global markets, the Group continues to achieve strong operating results and implement its main investment projects in accordance with the Group’s approved corporate strategy. The Group’s management continues to assess the current situation and present macro-economic environment and will take appropriate actions if deemed necessary.

The decreases in total revenues and Normalized EBITDA were largely due to a decline in global benchmark prices for hydrocarbons. Our revenues also decreased due to a reduction in LNG sales volumes on international markets resulted from an increase in the share of our joint venture OAO Yamal LNG direct sales under long-term contracts and a corresponding decrease in our spot LNG volumes purchased from Yamal LNG.

The Group’s financial results in 2020 were significantly impacted by the unfavorable macroeconomic environment noted above, which resulted in a decrease in our hydrocarbon sales prices and a recognition of substantial foreign exchange effects. Moreover, in both years, we recorded effects from the disposal of interests in the Arctic LNG 2 project by recognizing a gain of RR 308.6 billion from the disposal of a 10% participation interest in the Arctic LNG 2 project in the first quarter 2019, and subsequently recognizing losses of RR 34.1 billion and RR 13.7 billion in the first and second quarters 2020, respectively, related to the subsequent non-cash revaluation of contingent consideration on the sale of the 40% participation interest in 2019.

Our cash used for capital expenditures amounted to RR 61.3 billion in the second quarter 2020 and to RR 102.5 billion in the six months 2020 as compared to RR 31.2 billion and RR 73.7 billion, respectively, in the prior year corresponding periods. A significant portion of our capital expenditures was attributable to the ongoing developments of our LNG projects (the LNG construction center located in the Murmansk region, the Obskiy LNG project and the Arctic LNG 2 project prior to March 2019). In addition, we invested capital in the development of the North-Russkoye and Beregovoye fields, the preparation for production commencement at our new fields (the West-Yurkharovskoye and East-Tazovskoye), development of crude oil deposits of the East-Tarkosalinskoye and Yarudeyskoye fields, and capital spent on exploratory drilling.

Our total natural gas production including our proportionate share in the production of joint ventures decreased by 2.2% in the second quarter 2020 compared to the corresponding period in the prior year mainly due to planned maintenance works performed on two LNG trains at our joint venture OAO Yamal LNG. The decrease in production at mature fields of our subsidiaries and joint ventures was almost offset by the launch of the North-Russkoye field at the end of 2019 and an increase in hydrocarbon production from the Achimov horizons at Arcticgas’s Urengoyskoye field due to the expansion of the gas condensate treatment facility in January 2020. In the first half 2020, our total natural gas production marginally increased as compared to the corresponding period in 2019.

Our total liquids production including our proportionate share in the production of joint ventures decreased by 3.8% and 0.9% in the second quarter and the first half 2020, respectively, compared to the corresponding periods in 2019. The declines were mainly due to a decrease in production at mature fields of our subsidiaries and joint ventures and were largely offset by an increase in the production at Arcticgas (see above), as well as the commissioning of new producing wells at the Beregovoye field.

In the second quarter and the six months 2020, our natural gas sales volumes totaled 16.9 billion and 37.6 billion cubic meters (bcm), representing decreases of 9.9% and 8.2%, respectively, as compared to the corresponding periods in 2019. The declines were mainly due to a decrease in LNG sales volumes purchased from our joint venture OAO Yamal LNG, as a result of an increase in the share of Yamal LNG’s direct LNG sales under long-term contracts and the corresponding decrease in LNG spot sales to shareholders, including the Group. Our natural gas volumes sold on the domestic market decreased as a result of the lower demand from end-customers in the first half 2020 primarily due to warmer weather conditions.