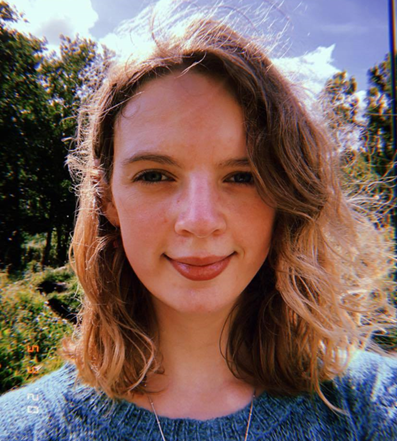 Scotland has some of the most ambitious climate targets in the world, with a legally-binding goal of achieving net-zero emissions by 2045. This is particularly stringent as the government has stated it will not pay for carbon offsets to help attain it. Net-zero emissions are to be accomplished through reducing the combustion of fossil fuels and enhancing the quality of carbon sinks within Scotland. Achieving net-zero by 2045 requires concerted effort across every sector, including one of Scotland’s most iconic industries: the production of Scotch whisky.

Scotch whisky was first distilled more than 500 years ago and to this day remains a cornerstone of Scottish society and the economy. Each year, Scotland produces ~390 million litres of whisky – the equivalent of 156 Olympic swimming pools – and exports roughly 1.2 billion bottles. Indeed, Scotch whisky now accounts for more than 20% of all UK food and drink exports. It is also responsible for annual greenhouse gas emissions of just over half a million tonnes, approximately 1% of Scotland’s total emissions. If Scotland is to achieve its net-zero target, Scotch whisky production is going to have to take its share of responsibility for emissions reduction.

Most of the whisky industry’s emissions come from heat used throughout the energy-intensive production process. Heat is required to dry and cook the grains, and most importantly in distillation where the high-value liquids (i.e. those that will mature into whisky) are separated from waste products. Indeed, distillation is responsible for ~91% of the heat-related fuel consumption and for 88% of the whisky industry’s emissions. Reducing these emissions therefore necessitates decarbonising heat, a feat that has historically proven challenging.

The good news is that real progress is being made on this front, and there are now a number of options open to the whisky industry to help it decarbonise.

Option 1 is to use biogas produced from anaerobic digestion. Anaerobic digestion occurs when organic material breaks down in the absence of oxygen, producing methane. As this is the core component of natural gas, it can be readily used by existing infrastructure and provides heat in the same way. It’s low carbon – in a way that natural gas isn’t – because the carbon released was only recently removed from the atmosphere and so returning it doesn’t affect overall atmospheric concentrations. This method of heat production also allows for the recycling of the biological material used early on in the whisky making process, thereby reducing waste. So far, so good.

However, it’s important to think ahead. In 2045, it’s expected that biogas will be in high demand from other sectors that may not have been able to decarbonise via electrification (e.g. aviation or shipping). Burning it for heat, when there are alternative options and other sectors need it too, might not be the best option. Furthermore, the organic waste produced is currently used for animal feed. If it’s used for energy production instead then alternative feedstocks will have to be sourced. This may be the most sensible option but given that all sectors need to decarbonise it is important to consider how decisions made in one industry impact on others.

Option 2 is to burn biomass instead of fossil fuels. This is a popular option and has already played a large role in efforts to decarbonise UK grid electricity. As with biogas, the burning of recently captured carbon has a minimal impact on atmospheric GHG concentrations, and provided the biomass is sustainably sourced this can be a relatively clean option. However, this approach doesn’t benefit from an on–site source (i.e. the biomass is not provided via whisky production processes) and sustainably acquiring it is likely to become increasingly problematic as demand increases towards the mid-century. If demand exceeds supply, then this incentivises higher rates of deforestation and reduces the capacity of much-needed global carbon sinks. Converting to biomass may, therefore, prove counterproductive in the long run.

Which brings me onto (my personal favourite) Option 3 – replacing fossil fuels with hydrogen. At the moment this option is seen as a pipedream due to the immaturity of the technology involved and the relatively high costs. However, this is quickly changing as demonstration projects help technologies improve and it is anticipated that they will be cost comparative with fossil fuels within a decade (sooner if carbon pricing becomes significant). Green hydrogen (produced from renewable electricity) is practically zero-carbon; blue hydrogen (produced from fossil fuels but with emissions then captured and stored) is not as clean but still has low emissions. It can be used in existing LPG infrastructure with minor modifications, and electrolysers can also make use of waste water on–site thereby further reducing the ecological footprint of the entire process. Another benefit of hydrogen use in the whisky industry in particular, is that many distilleries are located in areas with high marine energy resource, providing an opportunity to produce fuel on–site (reducing transport emissions) as well as giving alternative forms of electricity generation a chance to develop themselves.

The truth is that all of these options will probably be needed. The varying circumstances of different distilleries will mean that some of the options will make more sense than others. And that’s ok. There doesn’t have to be a one-size-fits-all solution, as long as emissions are reduced. It’s exciting to watch the innovation that’s already underway to accomplish this and I look forward to ultimately celebrating its achievement. I may even raise a glass (or two).