The U.S. Department of Energy (DOE) and the White House have made offshore wind a centerpiece of plans to strengthen the nation's energy infrastructure, announcing a goal to deploy 30 gigawatts of offshore wind by 2030 - a huge leap from the 42 megawatts (MW) currently in operation. Not only could this provide enough electricity to power 10 million American homes and cut carbon dioxide emissions by 78 million metric tons, it could also support as many as 77,000 new jobs.

The success of this initiative will rely, in large part, on partnerships to accelerate research and development (R&D) and establish new offshore systems in such an ambitious time frame. DOE's National Renewable Energy Laboratory (NREL) is certain to be at the center of many of these efforts, contributing expertise in research related to offshore wind as well as building coalitions.

NREL has a long, successful track record of collaboration with partners in industry, agencies at all levels of government, and the research community. Offshore wind project partnerships have given NREL the insight needed to develop innovations that solve real-world problems and become the recognized standards for industry. For example, 80% of all prototypes for offshore wind floating platforms have been designed with the help of NREL open-source analysis tools - which NREL created through collaboration with laboratory partners.

With recent announcements of a national goal to deploy 30 gigawatts of offshore wind energy by 2030 and the go-ahead to install the first commercial-scale U.S. offshore wind project, NREL and its partners are poised to help meet this ambitious target.

Offshore wind collaborations bring together the research expertise of NREL staff with the know-how of industry partners, the policymaking perspective of government agencies, and additional support from other laboratories and universities. Researchers work with partners to characterize wind resources, optimize plants and turbines, analyze techno-economic and market factors, and assess potential environmental impacts.

In particular, partners rely on NREL's pioneering research to boost the performance and market viability of floating platform technologies needed to capture energy in the deepwater locations that account for nearly 60% of U.S. offshore wind resources. The laboratory's researchers have most recently turned their attention to the integration of offshore wind energy with land-based utility systems to increase grid reliability, resilience, and efficiency.

Transmission of offshore wind energy relies on equipment such as undersea cables to carry power back to the mainland.

This reflects the overall success of the laboratory in cultivating partnerships. Over the last 12 years, NREL has brought in $1 billion in partnership contracts, with more than 900 active partnership agreements and close to 600 unique partners in FY 2020.

With the nation's first commercial-scale offshore wind development recently cleared for installation by the U.S. Department of the Interior off the coast of Massachusetts, the NREL offshore wind team hopes to engage with new partners to grow its collaborative base and make even more meaningful contributions to this burgeoning industry in the coming years.

Giving Industry the Tools To Compete

"Collaboration with industry is key to making sure our R&D addresses real-world issues and priorities, while helping transfer scientific knowledge from the lab to the marketplace," said NREL Principal Engineer Jeroen van Dam. "We're giving offshore developers the tools to establish market parity - and giving the United States resources to join the field of international players."

Through collaborations with the primary offshore wind regulators - the Bureau of Ocean Energy Management (BOEM) and the Bureau of Safety and Environmental Enforcement - and in coordination with the Business Network for Offshore Wind and the American Clean Power Association trade organizations, NREL is helping lead the development of industry standards that will define the requirements for utility-scale deployment of offshore wind in the United States. The team also works with individual companies - from startups to established corporations - including system operators, developers, original equipment manufacturers, energy suppliers, and investors. Scores of U.S. companies are currently involved in building, running, or supporting supply chains related to offshore systems.

The laboratory provides a credible source for objective expertise and validated data, bolstering rather than competing with industry efforts. NREL research focuses on early-stage technologies, where industry investments tend to be lean, while also targeting R&D priorities with potential for future commercialization. This has included collaboration on tools needed for industry to eventually develop larger, more powerful turbines and optimize system performance, efficiency, reliability, and affordability.

NREL takes broader economic factors into consideration when assessing the potential impact of offshore wind research and development. Offshore wind could trigger more than $12 billion per year in U.S. capital investment in offshore wind projects and spur significant activity and growth for ports, factories, and construction.

NREL also takes bigger economic factors into consideration when assessing the potential impact of offshore wind research and development. Eventually, it is estimated that offshore wind could trigger more than $12 billion per year in U.S. capital investment and spur significant activity and growth for ports, factories, and construction operations.

NREL has provided ongoing leadership to forge collaborative partnerships that bring together top minds from a range of sectors to form a virtual think tank of offshore wind research experts. In this convening role, NREL acts as a catalyst for exchanging information, tackling large research projects, and providing industry and policy decision makers with the body of scientific knowledge needed to champion new approaches. 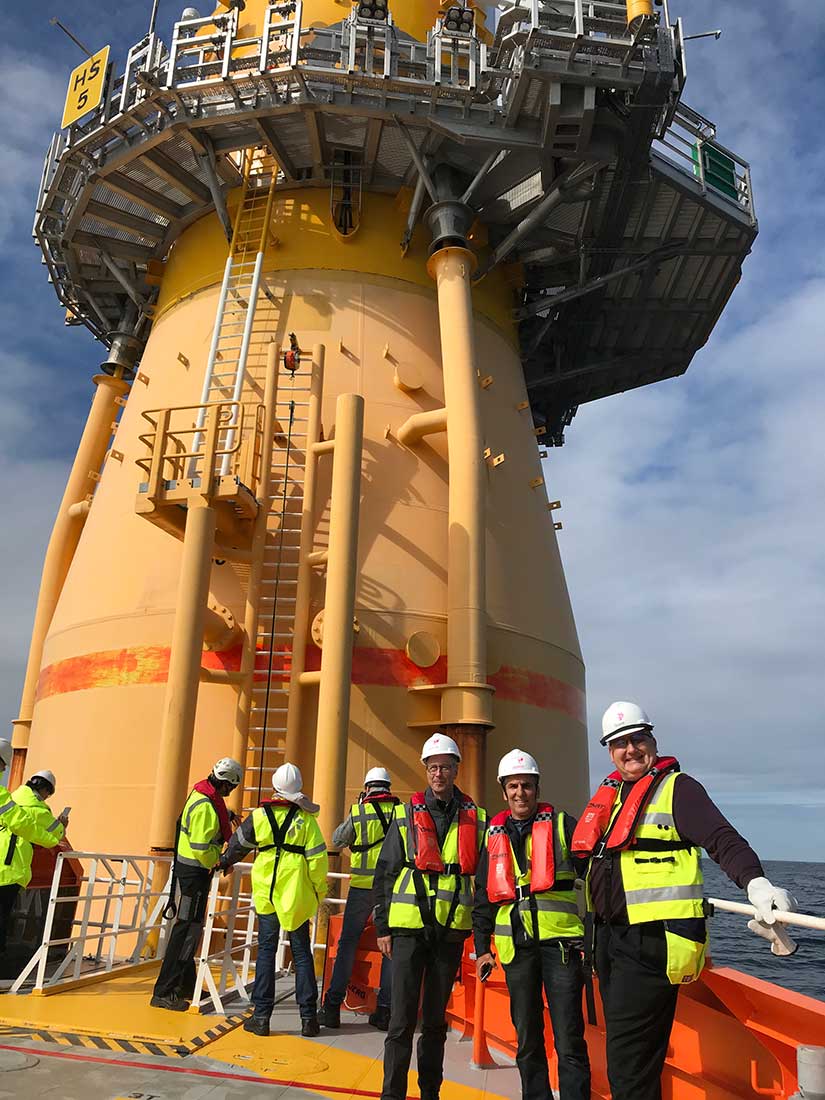 A major component of the newly announced U.S. offshore wind initiative announced by the White House calls on the National Offshore Wind R&D Consortium (NOWRDC) to refine the technology needed for deployment at a scale previously unprecedented in this country. The NOWRDC, which is managed by the New York State Energy Research and Development Authority (NYSERDA) with contributions from four other states plus DOE, benefits from the technical direction of NREL Offshore Wind Platform Lead Walt Musial, as well as the laboratory's regular representation on the NOWRDC R&D Advisory Group and leadership of several projects.

"The developers and states really set the pace," Musial said. "They're ultimately the ones who will be responsible for rolling out and operating new offshore systems. Our job is to arm them with the information they need to maximize clean energy production in ways that will work best to help them achieve the lowest cost for their project."