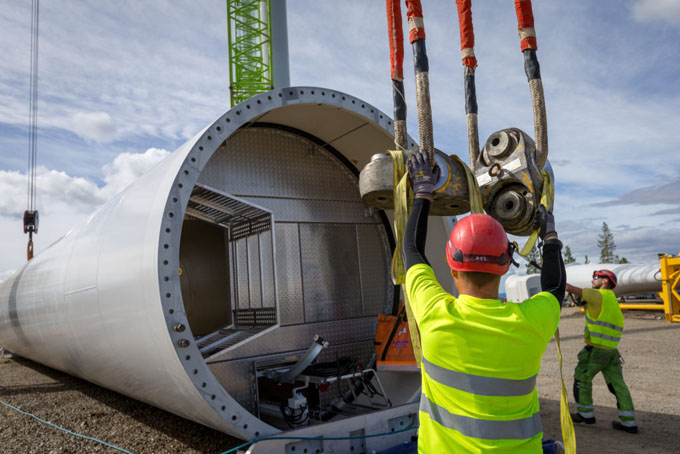 OX2 has signed an agreement to construct and divest a 455 MW wind farm in Lestijärvi, Finland, for about 650 million euros (ca SEK 6.5 billion) including an agreement for technical and commercial management. The buyer is a consortium of Finnish energy companies. Construction will start immediately.

The wind farm in Lestijärvi will once operational be the largest ever in Finland and among the largest onshore wind farms in Europe during 2021. It comprises 69 turbines totaling 455.4 MW and will have an estimated annual output of about 1.3 TWh, which corresponds to about two per cent of the total annual electricity production in Finland.

OX2 acquired the project rights in February this year and will already now start construction. The wind farm is scheduled to be completed early 2025.

“I am very happy and proud of the efforts that have been put into this milestone project. The project demonstrates the capacity of onshore wind farms being a significant contributor of new renewable electricity to the production mix in Finland. And it will be built without any government subsidies ”, says Paul Stormoen, CEO OX2.

The buyer is a consortium of Finnish energy companies, Kymppivoima Oy (65%), Oulun Energia (25%) and Kuopion Energia (10%).

As part of the agreement OX2 will construct the wind farm under a tailored fixed price agreement. Once commissioned, OX2 will be responsible for the technical and commercial management of the project under a 15-year agreement, optimizing production and supervising its safe operations.

OX2 will also construct a significant grid infrastructure to connect the wind farm, including substation and a 58 kilometers 400 kV transmission line.