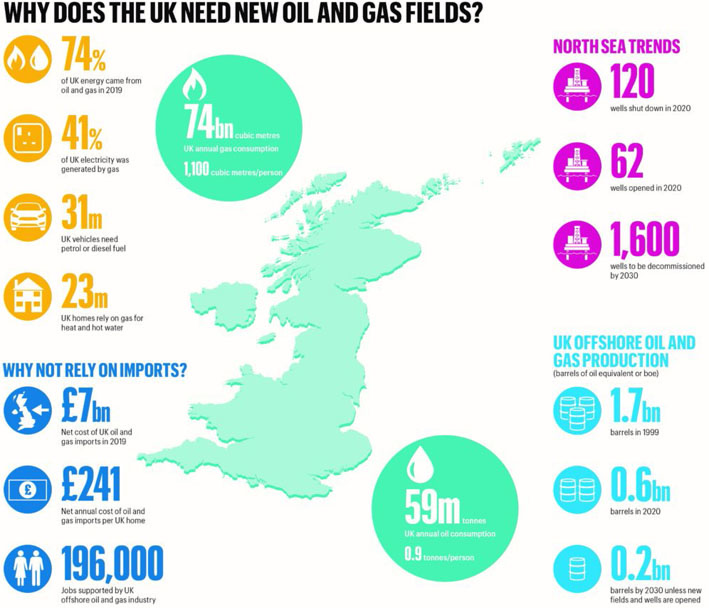 OGUK, the trade body which represents the UK’s offshore oil and gas industry, says the projects planned by its members are essential to maintain production and protect UK consumers during the planned transition to lower carbon forms of energy.

The warning follows the debate over the Cambo oil and gas field, planned 75 miles west of Shetland. It would deliver 170 million barrels of oil, plus some gas, over 20 years. This week Nicola Sturgeon joined environmental groups in suggesting such projects should not go ahead, citing concerns over climate change. The final decision rests with the UK government which has long recognised the need for secure energy supplies.

OGUK’s research shows, however, that the UK is already becoming highly reliant on other countries and has to import half its gas. The UK government’s latest trade figures show that, in the year to June, the UK paid:

OGUK is warning that if new projects like Cambo are not approved then UK production would plummet with gas output, for example, falling up to 75% by 2030. This would leave the UK increasingly reliant on imported energy.

The UK economy relies on oil and gas which together provide 73% of the nation’s total energy (78% in Scotland). About 24 million homes are heated only by gas which also provides 41% of our electricity. The UK has 32 million private cars and other vehicles that need diesel or petrol. The government has plans to reduce this demand, but they will take years to implement, during which the UK will continue to need oil and gas, more than 15 billion barrels over the next 30 years.

Cambo is one of a number of discoveries which could help meet those needs and which are now only awaiting approval by regulators and formal sign-off by the government. All have been years in the planning, overseen by the government’s regulators, the Oil and Gas Authority. These projects will be among the world’s cleanest oil and gas projects. The industry is driving down emissions from the production of oil and gas in UK waters, as set out in the North Sea Transition Deal, aiming to reach net zero by 2050.

The emissions generated by consuming the oil and gas extracted from such projects have also been included in the Climate Change Committee’s carbon budgets. These government-approved plans include continuing but declining use of oil and gas for at least the next three decades.

Why, though, does the UK need new oil and gas projects? In some regions, such as Russia or Qatar, oil and gas fields can be huge and remain in production for decades. The geology of the North Sea is different – our industry is based largely on hundreds of small and medium sized wells and fields spread across the UK Continental Shelf. This mean there is a high rate of churn where older fields become too difficult and expensive, so the wells and installations within them are made safe and decommissioned This is already happening and is why new projects like Cambo are needed – to replace declining production.

What’s important for emissions is the overall amounts of hydrocarbons produced – which are falling. UK oil and gas production peaked in 1999 when our continental shelf produced the equivalent of 1.7 billion barrels of oil equivalent (boe). By 2020 this had fallen to 587 million boe. This downwards trend will continue, even if some new projects are opened, because the UK continental shelf has been operating for five decades and is in natural decline. 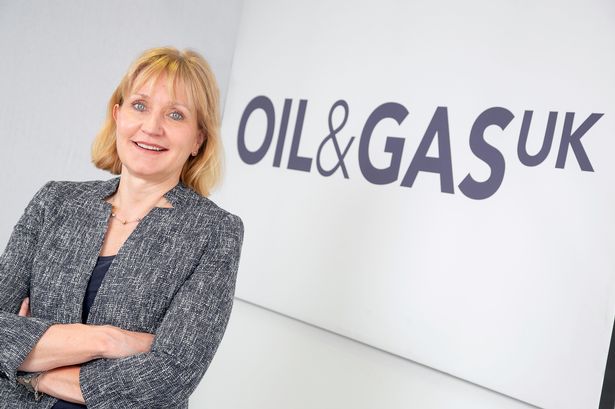 Deirdre Michie, chief executive of OGUK, said:
“The UK’s offshore oil and gas industry is committed to helping the UK government meet its ambitious net zero goals. We accept all the science around climate change and the need to cut emissions, but this transition must be managed.

“If we cut our own supplies of gas and oil faster than we can reduce demand then we will have to import more of what we need. Our import bills will go up without any reduction in emissions.

“These new projects will help protect consumers, supply the UK with lower carbon energy, reduce our need for imports and support the 200,000 people working in the industry as it transitions to a greener low-carbon future.”