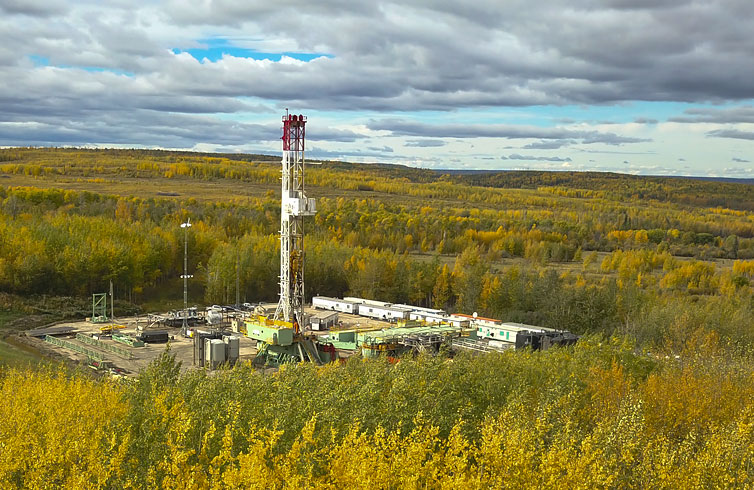 Highlights for the second quarter include:

Roger W. Jenkins, President and Chief Executive Officer, commented:
“I am very pleased with our company’s accomplishments this quarter as the offshore team continues to successfully execute a significant and intricate project in the Gulf of Mexico, while our onshore team has enhanced production volumes and accelerated returns across our North American unconventional business through new completion designs and longer laterals. This outstanding execution has enabled us to capitalize on current high oil prices, as the additional production provides excess cash flow to support our delevering strategy while increasing our dividend. With our strong operational capabilities and meaningful debt reduction progress, we are now in a position to disclose a capital allocation framework that will highlight targeted returns to our shareholders through the dividend and share repurchases.”

Second quarter production averaged 164 thousand barrels of oil equivalent per day (MBOEPD) with 55 percent oil and 62 percent liquids. Volumes were at the high end of the guidance range for the quarter as a result of above-plan well performance in the Gulf of Mexico and Eagle Ford Shale, in addition to lower than projected downtime across multiple assets. Most meaningfully, production from the new Khaleesi, Mormont, Samurai wells exceeded expectations, with 97 percent uptime achieved at the King’s Quay floating production system.

Murphy had approximately $2.0 billion of liquidity as of June 30, 2022, comprised of the $1.6 billion undrawn senior unsecured credit facility and $432 million of cash and cash equivalents, inclusive of noncontrolling interest (NCI).

During the quarter, Murphy redeemed $200 million of 6.875 percent senior notes due 2024, thereby continuing to execute on the company’s delevering strategy. Total debt of $2.3 billion as of the end of second quarter 2022 consists of long-term, fixed-rate notes with a weighted average maturity of 7.4 years and a weighted average coupon of 6.2 percent.

Murphy is reaffirming its 2022 accrued capital expenditures (CAPEX) guidance range of $900 million to $950 million, excluding acquisitions. Second quarter CAPEX of $266 million was $39 million lower than guidance as a result of timing. Including the non-operated Kodiak working interest acquisition of approximately $47 million, second quarter CAPEX was $312 million.

As a result of stronger well performance in oil-weighted assets and Gulf of Mexico bolt-on acquisitions, Murphy is increasing its full year 2022 production guidance to 168 to 176 MBOEPD, with a production mix of approximately 52 percent oil and 58 percent total liquids volumes. This represents a new annual production midpoint of 172 MBOEPD, compared to the previous midpoint of 168 MBOEPD.

Eagle Ford Shale – Murphy produced an average 36 MBOEPD in the second quarter with 72 percent oil volumes and 86 percent liquids volumes. The company brought online 23 operated wells as planned for the quarter, with 17 wells in Karnes, and 6 wells in Catarina.

The Eagle Ford Shale produced ahead of guidance on better than planned execution and a new enhanced completion design. As a result of the scope changes previously announced, the second quarter wells are achieving significant production rates with an average gross 30-day (IP30) rate of approximately 1,900 barrels of oil equivalent per day (BOEPD) in Karnes and 1,100 BOEPD in Catarina. Additionally, these wells are expected to achieve full payback in less than a year at current strip pricing.

Tupper Montney – In the second quarter, natural gas production averaged 275 million cubic feet per day (MMCFD). Murphy brought online 15 operated wells during the quarter, of which 5 wells were ahead of schedule. Subsequent to quarter end, the remaining five wells of the 2022 program were brought online, with Murphy’s total Tupper Montney program achieving a peak record-high gross production level of 415 MMCFD. Overall, Murphy’s drilling and completion program averaged $4.8 million per well for the year.

Kaybob Duvernay – During the second quarter, production averaged 6 MBOEPD with 75 percent liquids volumes. No activity occurred during the quarter.

Gulf of Mexico – Production averaged 70 MBOEPD, consisting of 79 percent oil during the quarter. As of the end of the second quarter, four wells in the Khaleesi, Mormont, Samurai field development project were flowing into the Murphy-operated King’s Quay floating production system. Combined, these wells are currently achieving a total gross production rate of approximately 70 MBOEPD, or 18 MBOEPD net, with 87 percent oil. Completions work continues, with three wells remaining in the seven-well program.

In the second quarter, Murphy increased its working interest in the non-operated Kodiak field to 59.3 percent from 48.3 percent for $47 million after closing adjustments, with an expected payback time of approximately one year.

Subsequent to the second quarter, Murphy executed two purchase and sale agreements to high-grade the Gulf of Mexico portfolio. Murphy has agreed to acquire 3.4 percent additional working interest in the non-operated Lucius field for approximately $77 million after estimated closing adjustments, with an expected payback of less than two years, bringing Murphy’s total working interest in the field to 16.1 percent. Closing is anticipated to occur in the third quarter 2022.

Additionally, the company has agreed to divest its 50 percent working interest in the operated Thunder Hawk field for approximately $16 million less estimated closing adjustments, which will allow the company to reduce liabilities by approximately $37 million. This asset currently produces 800 BOEPD net to Murphy. Closing is expected in the third quarter of 2022.

All acquisition and divestiture activities have been included in third quarter and full year guidance provided today.

“As a long-term, experienced operator in the Gulf of Mexico, Murphy has a competitive advantage in finding, reviewing and executing strategic acquisitions. This quarter, two opportunities arose that would allow for accretive production with a high return and fast payback, thereby enhancing our offshore portfolio. Both Kodiak and Lucius have rig programs ongoing today, leading to total incremental estimated production of 1.5 MBOEPD annualized for 2022, with total incremental production of 4.1 MBOEPD forecast for 2023,” said Jenkins.

Canada – Production averaged 3 MBOEPD in the second quarter, comprised of 100 percent oil. The asset life extension project is ongoing for the non-operated Terra Nova floating, production, storage and offloading vessel, and it is anticipated to sail back to Canada for safe return to operations by year-end 2022.

Brazil – During the quarter, Murphy received offshore operator approval from the Brazilian National Agency of Petroleum, Natural Gas and Biofuels. This completes a necessary step in attaining Wintershall Dea’s 70 percent working interest position in the Potiguar Basin at no cost following the partner’s announcement to exit its operations in Brazil.